In a study of two cohorts, 25(OH)D levels were significantly lower in prediabetes and diabetes patients than in normoglycemic patients (P<0.05). The research was published on Feb. 23 in The Journal of Clinical Endocrinology and Metabolism. 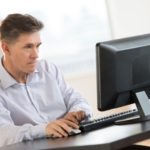