Deep venous thrombosis (DVT) and pulmonary embolism (PE) are uncommon after urological surgery, according to a study published in The Journal of Urology.

Mark D. Tyson, M.D., from the Mayo Clinic Hospital in Phoenix, and colleagues utilized the National Surgical Quality Improvement Program database to identify the rates of DVT and PE after common urological procedures. Data were collected for procedures performed between 2005 and 2011 in a cohort of 82,808 patients.

The researchers found that DVT occurred within 30 days of surgery in 0.76 percent of patients. Among the higher-volume procedures (performed at least 500 times) the rates of DVT were highest for cystectomy/urinary diversion (3.96 percent), partial cystectomy (2.35 percent), and open radical nephrectomy (1.67 percent).

The lowest rates of DVT were seen for laparoscopic colpopexy (0.00 percent), placement of a female sling (0.08 percent), and hydrocelectomy/spermatocelectomy/varicocelectomy (0.13 percent). Overall, PE occurred in 0.42 percent of the cohort, with the highest rate of PE seen for cystectomy/urinary diversion (2.85 percent).

“This study should give the reader a better understanding of the exact risk faced by the patient when undergoing common urological procedures,” the authors write. 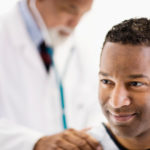