SAN FRANCISCO—Fosfomycin may be an appropriate alternative for targeted oral therapy of urinary tract infections (UTIs) caused by Escherichia coli that produce extended-spectrum beta-lactamases (ESBL), according to a new study.

Patients ranged in age from 2 to 97 years (mean age 57.6 years), and 78% of the isolates came from female subjects. Only 3% of isolates were resistant to fosfomycin, according to both testing methods. The resistance rates for mecillinam were 13% using the agar diffusion test and 11% using the E-test. The investigators identified no resistance among the isolates to ertapenem. The disadvantage to using this drug, however, is that it must be administered parenterally.

“We feel this is an important area because urologists and other clinicians need to know if there are still oral treatment medications for treating patients in the ambulatory setting who present with this multi-drug resistant ESBL producing E. coli uncomplicated urinary tract infections,” said investigator Markus Hell, MD, a senior consultant at the Salzburg Medical University in Salzburg.

“This is an emerging problem in the U.S. and in Europe.  This is also a problem especially outside the hospital in the community and also in young patients.”

He presented study findings here at the 2009 Interscience Conference on Antimicrobial Agents and Chemotherapy. 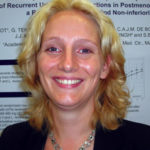