SPR994 is an investigational oral formulation of tebipenem, an antibiotic in the carbapenem class. Completion of a phase 1, double-blind, placebo-controlled, ascending dose, multi-cohort study has enabled dose selection for the Company’s upcoming phase 3 trial, ADAPT-PO. This will be a randomized, double-blind, double-dummy, multicenter, prospective study designed to assess the efficacy, safety, and pharmacokinetics of tebipenem vs  intravenous (IV) ertapenem (standard of care) in patients with cUTI or AP.

The primary endpoint will be the combined clinical and microbiological response at the test of cure with a 10% noninferiority margin vs IV ertapenem. The trial plans to enroll approximately 1200 patients with an initial lead-in cohort of 70 patients to confirm the dose.

Previously, SPR994 was granted Qualified Infectious Disease Product (QIDP) designation. The drug candidate will receive FDA Priority Review once the New Drug Application (NDA) is submitted. If approved, SPR994 would be the first oral carbapenem antibiotic for use in adults to treat multidrug resistant Gram-negative infections. 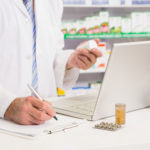 Guidelines Developed for Polymyxin Antibiotic Use