Urinary tract infections (UTIs) occur more frequently in travelers to low- and middle-income countries and travelers’ diarrhea was a significant risk factor, according to results of a study in Travel Medicine and Infectious Disease.

This analysis included adults from Helsinki, Finland who were enrolled between December 2008 and February 2010 prior to traveling outside the country. The researchers used multivariable analyses to determine associations between UTI risk and international travel, and the incidence rate (IR) of UTI was calculated separately by participant sex.

Among patients included in the analysis, the median age was 38 (range, 0-77) years, and 63.1% were women. Of the destinations, 88.1% of participants traveled to the tropics (Western and Middle Africa, Southeast Asia, Eastern Africa, South Asia, Latin America, and the Caribbean). The median duration of travel was 15 (range, 4-159) days.

Limitations of this study included the inability to conduct subgroup analyses on UTI incidence by age group and destination due to the small number of UTI diagnoses, and the lack of data on urinary pathogens.

“Our findings further highlight the importance of pre-travel advice to avoid health problems while abroad,” the researchers concluded.

Disclosure: One authors declared affiliations with biotech, pharmaceutical, and/or device companies. Please see the original reference for a full list of disclosures 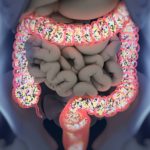