Glycosuria exposure increased Group B Streptococcus growth and adherence to human epithelial cells, according to the results of a study published in The Journal of Infectious Diseases.

Female C57B16 mice were assessed for Group B Streptococcus infection after transurethral catheterization with broth, HU, or HU300. Epithelial monolayers were overlaid with Roswell Park Memorial Institute (RPMI) media, HU, or HU300, and were exposed to GBS. Alterations to gene expression were assessed.

At 24 hours after infection, mice exposed to HU300 had significantly more colony- forming units per mL in kidneys compared with mice exposed to broth (P =.007) or HU(P =.029).

The study authors concluded that a glycosuria urinary environment may augment the virulence of uropathogens, likely contributing to the increase in urinary tract infections observed in individuals with diabetes. These findings should be confirmed in diabetic mouse models. 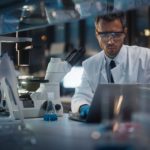