While fluoroquinolones may slightly increase the risk of aortic aneurysm or aortic dissection (AA/AD), the overall benefits of these medications, when used appropriately, may outweigh this potential risk, according to the findings of a recently published cohort study.

The observational study aimed to determine the association between fluoroquinolone use and the risk of AA/AD while taking into account potential confounding by indication and bias due to differences in surveillance. Data on patients within a US commercial claims database between January 1, 2003, and September 30, 2015 were analyzed to identify 2 pairwise 1:1 propensity score-matched cohorts.

Hazard ratios (HRs) were estimated while 85 baseline confounders were controlled for. The main outcome of the study was hospitalization for AA/AD that occurred within 60 days of initiating treatment. “In a secondary analysis, patients receiving fluoroquinolones were compared with those receiving amoxicillin, both with and without considering baseline aortic imaging, to address differences in detection of AA/AD before antibiotic use,” the study authors added.

The authors reported that the patient characteristics of the pneumonia cohort (n=279,554) were well matched to those of the patients in the UTI cohort (n=948,364) after propensity score matching. Findings of the study revealed an increased rate of AA/AD among patients who initiated fluoroquinolones compared with those who initiated azithromycin (HR, 2.57; 95% CI, 1.36-4.86; incidence, 0.03% for fluoroquinolones vs 0.01% for azithromycin) in the pneumonia cohort (n=139,772 pairs). Conversely, no rate increase of AA/AD was observed for initiators of fluoroquinolones compared to trimethoprim/sulfamethoxazole (HR, 0.99; 95% CI, 0.62-1.57; incidence, <0.01% for both groups) in the UTI cohort (n=474,182 pairs).

According to the results of this cohort study, fluoroquinolones were found to be associated with an increased relative rate of AA/AD in the pneumonia cohort but not within the UTI cohort. “This increased rate raises the possibility that fluoroquinolones may increase the risk of AA/AD, but residual confounding and surveillance bias cannot be ruled out,” the authors stated. They concluded, “The rates of AA/AD were low across cohorts (ie, <0.1%), and the benefits of choosing fluoroquinolones for treatment, when appropriate, may outweigh a small potential increased risk of AA/AD.”

Disclosure: Multiple authors declared affiliations with industry. Please refer to the original article for a full list of disclosures. 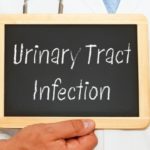