In patients with community-acquired urinary tract infection (cUTI) due to Enterobacteriaceae, treatment with cotrimoxazole (combination of trimethoprim and sulfamethoxazole) was associated with increased adverse effects (AE) and prolonged hospitalization compared with treatment with fluoroquinolones, according to study results published in Infectious Diseases Now.

With the increasing prevalence of multidrug-resistant bacteria, restrictions to the use of broad-spectrum antibiotics are needed. In 2008, a team of investigators in France developed an internal guideline for cUTI treatment in which they used cotrimoxazole as the prioritized documented antibiotic therapy for susceptible bacteria.

In a cohort study conducted between 2008 and 2019, the investigators compared AEs and outcomes among patients with cUTI treated with cotrimoxazole vs fluoroquinolones. The study combined 28 parameters for all patients, such as diagnosis, microbiologic data, antibiotic therapy, AE, length of hospitalization, and outcomes.

A total of 640 patients (51% women; mean age, 65 years) with cUTI due to Enterobacteriaceae were included in the study: 295 were treated with cotrimoxazole, and 345 were treated with fluoroquinolone. In terms of comorbid conditions, there were no differences between the treatment groups.

Of the 2 treatment groups, the empiric antibiotic treatment combining third-generation cephalosporins with an aminoglycoside was more common among patients in the cotrimoxazole group compared with those in the fluoroquinolones group (10.8% vs 5.8%, respectively; P =.019).

“Our study suggests that the fight against the emergence of multidrug-resistant bacteria can entail collateral damage, for both patients and the health care system,” the investigators wrote.

“As the demonstration of the effectiveness of this policy has yet to be established, and because [cotrimoxazole] was associated with more AEs and prolonged [length of hospitalization], further study is needed to determine the cost effectiveness of the antibiotic strategy we recommend,” the investigators concluded. 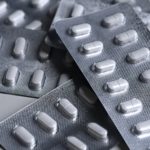