A multifaceted antibiotic stewardship program increased the use of guideline-concordant antibiotics for patients admitted to the emergency department (ED) with urinary tract infections (UTI), according to results of a study published in Clinical Infectious Diseases.

This prospective quasi-experimental study was conducted at 1 community and 2 academic hospitals in North Carolina. A multidisciplinary team of clinicians designed an ED-specific guideline for appropriate antibiotic use for patients with UTIs admitted to the ED. Resident clinicians attended educational sessions and received feedback about guideline concordance. Patients (N=8742) diagnosed with acute cystitis or pyelonephritis between 2018 and 2021 were assessed for guideline-concordant antibiotic use. The study comprised a baseline period (phase zero) followed by 2 intervention phases. Phase 1 involved the implementation of ED-specific urine antibiograms and UTI treatment guidelines, education, and feedback on UTI diagnoses and antibiotic treatment, and phase 2 involved re-education and clinician feedback. The primary outcome of guideline-concordant antibiotic use was assessed via interrupted time series regression analysis with 2-week intervals.

In regard to the overall rate of UTI diagnoses, no significant changes were observed throughout the duration of the study (P ³.37). Analyses of individual EDs showed significantly increased rates of UTI diagnoses at the 2 community hospitals compared with the academic hospital (both P <.01).

This study may have been limited by the use of diagnostic codes rather than patient symptoms to diagnosis UTI.

This study found that a multifaceted antibiotic stewardship program comprising education and performance feedback increased the use of guideline-concordant antibiotics among patients with UTIs admitted to an ED. “Future studies are warranted to examine other potential strategies to [decrease] inappropriate UTI diagnosis,” the researchers concluded. 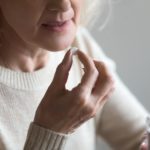