In a double-blind randomized trial that enrolled 76 women older than 50 years (mean age 69 years) with LUTS but not overactive bladder (OAB), patients treated with the extract for 12 weeks had significant improvement in daytime urination frequency and nocturia compared with patients who received a placebo, Shizuo Yamada, MD, of Kageyama Urology Clinic in Shizuoka, Japan, and colleagues reported in Nutrients.

The mean difference from baseline in OABSS for daytime frequency was significantly greater for the SPE than placebo group (-0.4 vs -0.1).

“To the best of our knowledge, this is the first study to demonstrate that SPE attenuated urinary symptoms in adult women,” the authors wrote.

The easing of urinary frequency by SPE may be partly attributed to the relaxation of bladder smooth muscle due to its antagonistic effect on muscarinic receptors in the bladder, according to the investigators.

Disclosure: This research was supported by Yawata Corporation. Please see the original reference for a full list of disclosures. 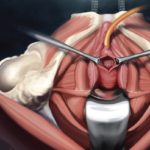