(HealthDay News) — A nasal spray may provide relief for patients struggling with nocturia, while other research highlights the positive benefits of exercise on the condition. Both studies were presented at the annual meeting of the American Urological Association meeting, held from May 6 to 10 in San Diego.

Jed Kaminetsky, MD, clinical assistant professor of urology at the NYU Langone Medical Center in New York City, and colleagues enlisted nearly 1,400 men and women, 50 and older, who had a history of nocturia. For 3 months, participants were randomly assigned to use either SER-120 (a nasal spray containing desmopressin; 1.5 or 0.75 mcg) or placebo. Patients kept 3-day urination diaries, and filled out quality-of-life questionnaires.

On average, patients receiving SER-120 reported at least 2 fewer episodes a night. The treatment group also experienced an increase in the length of time they could sleep before awakening to urinate. The researchers also found that those in the higher-dose spray group experienced improvement in overall quality of life, compared with the untreated group. Two of the higher-dose patients developed hyponatremia, as did one person taking the placebo.

In a second study, Julien Dagenais, MD, a urologist at Brigham and Women’s Hospital in Boston, analyzed physical activity data reported by 10,166 men and women (aged 20 and older) in a US health and nutrition survey conducted between 2005 and 2010. Those who exercised less tended to experience more nocturia and higher serum inflammation in the form of C-reactive protein. This suggests that the anti-inflammatory impact of routine exercise may minimize nocturia, Dagenais said.

The SER-120 research was funded by the spray’s manufacturer, Serenity Pharmaceuticals. 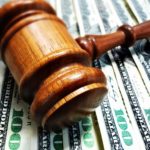