Ureteroscopic (URS) biopsy results show substantial correlation with stage and grade at final pathology in upper tract urothelial carcinoma (UTUC), according to a systematic review and meta-analysis. A substantial risk of undergrading and understaging still exists, however.

José Daniel Subiela, MD, of the Autonomous University of Barcelona in Barcelona, Spain, and colleagues pooled data from 23 studies involving 3547 patients with UTUC. Staging at URS biopsy correlated with final pathology with a positive predictive value (PPV) of 94% for cT1+ (ie, presence of subepithelial connective tissue invasion without ruling out an invasion of the muscle layer) and muscle-invasive disease at pathology, but a negative predictive value (NPV) of 60% for cTa-Tis/nonmuscle-invasive disease.

The undergrading and understaging rates of URS biopsies were 32% and 46%, respectively, according to results published in the European Journal of Surgical Oncology. The nondiagnostic biopsy rates were 8% per biopsy and 3% per patient.

“In daily clinical practice the pathological characteristics at URS biopsy offer the most accurate information before surgery, but when used alone their predictive value for invasive disease is limited,” Dr Subiela’s team stated. The risk for ungrading and understaging should be taken into account when nerve-sparing surgery or neoadjuvant chemotherapy is being considered, they wrote.

Additional studies are needed to determine the most efficient biopsy sampling protocols. Studies in this review often lacked information about tumor size, which limited interpretation of the results. 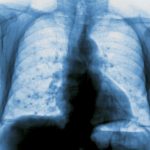