ORLANDO, Fla.—As a man’s sperm production declines, so does the proportion of sperm bearing the Y chromosome, thus decreasing the likelihood of siring a son, according to new data presented at the American Society for Reproductive Medicine annual meeting.

The finding that the efficiency of male spermatogenesis may partially dictate the gender of the offspring may have implications in the counseling and treatment of infertile couples.

“While it has long been known the important role that sperm plays in selecting the gender of the offspring, this study suggests that depending on man’s sperm count, the chances of having a son may not just be coin flip,” said lead investigator Michael Eisenberg, MD, Assistant Professor of Urology at Stanford University School of Medicine in Stanford, Calif.

“This is the first study to directly look at the sperm and see this association between a man’s sperm production and his ability to sire a male offspring,” he said.

Dr. Eisenberg and his colleagues conducted a study of 186 men (mean age 37.8 years) who underwent semen fluorescence in situ hybridization (FISH). The median sperm density was 33.8 million/mL (range 0-227 million/mL) with a mean total motile sperm count of 51 (range 0-349) million sperm, according to Dr. Eisenberg, who conducted this study while he was at Baylor College of Medicine in Houston.

“The next step to investigate may be to examine the question of whether interventions known to improve sperm counts may affect this gender ratio,” Dr. Eisenberg told Renal & Urology News.

In recent years, studies have shown a trend toward a declining proportion of male births in many industrialized nations, a trend attributed by some to environmental influences. The researchers noted that while men bear the sex determining chromosome, the role of the female partner as it pertains to fertilization or miscarriage may also alter the gender ratio. 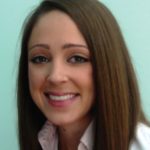