Watchful waiting may not be suitable for all men with early-stage prostate cancer, especially black patients, according to research published in Urologic Oncology.

The researchers analyzed the medical records of men who were confirmed to have low-grade prostate cancer and had surgery to remove part or all of the prostate.

Among these patients, blacks were more likely than whites to have cancer progression and worse outcomes. Seven years after surgery, rates of disease control were 90 percent among whites and 79 percent among blacks.

“Our study shows that African-American men who are diagnosed with a low-grade cancer at first — the cancers that are sometimes watched rather than treated — are more likely to develop aggressive disease sooner than Caucasian men,” he said. 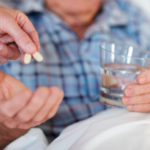