A University of Colorado Cancer Center study recently published in the journal Prostate offers compelling evidence that inflammation may be the link between Vitamin D and prostate cancer. Specifically, the study shows that the gene GDF-15, known to be upregulated by Vitamin D, is notably absent in samples of human prostate cancer driven by inflammation.

“When you take Vitamin D and put it on prostate cancer cells, it inhibits their growth. But it hasn’t been proven as an anti-cancer agent. We wanted to understand what genes Vitamin D is turning on or off in prostate cancer to offer new targets,” says James R. Lambert, PhD, investigator at the CU Cancer Center and associate research professor in the CU School of Medicine Department of Pathology. 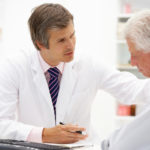