A recent analysis of the practice patterns of US-based urologists raises questions about the key factors influencing the decision to observe or treat prostate cancer (PCa) in older men.

Using models based on data from the Surveillance, Epidemiology, and End Results (SEER)–Medicare database, Mark D. Tyson, MD, of Vanderbilt University Medical Center in Nashville, Tennessee, and colleagues estimated the probability that individual urologists would use observation as a strategy. The study involved a total of 1884 urologists who diagnosed 57,669 patients older than 66 years with PCa. Observation was loosely defined as no definitive treatment within a year of diagnosis. The 2004–2009 data covered the early adoption period of active surveillance.

According to results published online ahead of print in JAMA Surgery, the estimated probability of observation use for low-risk disease ranged widely from 5.1% to 71.2% by individual physician. Less urologist-level variation was seen in the use of observation for intermediate-risk disease (4.8%-31.5%) and high-risk disease (3.2%-16.5%).

Importantly, the investigators identified a correlation between use of observation for high- and low-risk PCa on a physician level, including for urologists treating a high volume of patients. “That observation for low- and high-risk disease is correlated among urologists suggests that efforts to limit inappropriate resource use in low-risk populations may have the inadvertent consequence of lowering appropriate resource use for high-risk populations,” Dr Tyson and colleagues wrote. “Therefore, we must do more than simply mandate a standard resource-use pattern of observation for localized prostate cancer because such changes may impede access to care for high-risk patients who stand to benefit most from these services.”

Given the results, patient-level factors did not appear to be the main drivers in the decision to use observation . The investigators noted that older unmarried men were more likely to receive observation across all PCa risk categories. Nonwhite patients in the high-risk category also had higher chances of observation. In the low- or intermediate-risk category, having a greater number of comorbidities increased the likelihood of observation rather than treatment.

“Although the focus of the study is observation, which includes watchful waiting, the extent to which these results would differ in a more contemporary era or if a more stringent definition of active surveillance had been used is uncertain,” the investigators stated. 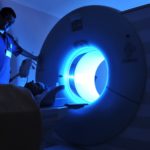