Urologists have voiced opposition to a national panel’s recommendation that healthy men should not undergo PSA screening.

An evidence review presented by the U.S. Preventive Services Task Force (USPSTF) downgraded the efficacy of the PSA screening from “I” (inconclusive) to “D” (no benefit for men under the age of 75). Although PSA screening was associated with more prostate cancer (PCa) detection, patients were at a higher risk of being harmed and saw little to no reduction in PCa-specific mortality, the task force concluded.

Led by Roger Chou, MD, the researchers compared two conflicting, fair-quality studies from the United States and Europe. They found that the harms from PSA screening were related to “false-positive test results, subsequent evaluation, and therapy, including overdiagnosis and overtreatment.”

H. Ballentine Carter, MD, Director of Adult Urology at the Brady Urological Institute at Johns Hopkins University in Baltimore, pointed out that overtreatment could be a result of PSA screening being the only biomarker test for tracing lethal tumors.

He said he believes PSA screening saves lives, but “doctors can get a lot more information if there is a PSA history, which is why I believe getting a baseline PSA at a younger age is a reasonable thing to do.”

Sushil S. Lacy, MD, President of the American Urological Association (AUA) said the organization is concerned that the task force’s recommendations “will ultimately do more harm than good to the many men at risk for prostate cancer both here in the United States and around the world.”

The AUA’s current clinical recommendations support the use of the PSA test, and Dr. Lacy said it is AUA’s belief that, “when interpreted appropriately, the PSA test provides important information in the diagnosis, pre-treatment staging or risk assessment and monitoring of prostate cancer patients.”

Deepak Kapoor, MD, President of Advanced Urology Centers of New York (AUCNY), said he believes the task forces recommendations will result in thousands of needless deaths because the only way to detect PCa is with aggressive early screening.

Dr. Kapoor noted that “screening in and of itself provides information to doctors and patients. There is virtually no risk to the screening process.”

Prostate And Other Male Cancers
Next post in Prostate Cancer 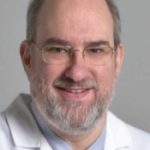