In a prospective study of 672 men who undergoing MRI-ultrasound (US) fusion targeted prostate biopsy, Samir Taneja, MD, of New York University Langone Health, and colleagues found that patients with well demarcated hypoechoic areas at an MRI region of interest (ROI) at the time of biopsy had an increased risk of high-grade PCa (Gleason score 7 or higher) detection, independent of MRI suspicion score.

A single radiologist identified and scored the MRI ROI for all study enrollees. Investigators prospectively evaluated for the presence of a hypoechoic region at the ROI and graded the site using 3 US categories—none, poorly demarcated, or well demarcated, represented as US grades 0, 1, and 2, respectively.

With regard to study limitations, the authors noted that the ultrasound observations were made by a single surgeon, so the results may not be widely generalizable until further validated. In addition, the investigators did not incorporate MRI or transrectal ultrasound (TRUS) lesion size into their analysis.

Katarzyna Macura, MD, PhD, Professor of Radiology and Radiological Science at Johns Hopkins University School of Medicine in Baltimore and a member of the PI-RADS Committee at the American College of Radiology, said the findings from the current study, if validated, may help lead to better treatment plans and potentially better outcomes. “The results are very good,” Dr Macura said. “It [US grading] can provide a clinical benefit. By looking at the region of interest, urologists can get the data they need.”

Adopting this approach may provide clinicians with an added layer of confidence. “The MRI is like a finger pointing. This [use of US] now allows them to focus their attention better,” Dr Macura said. 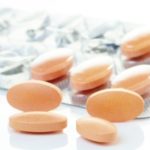