The results of a large retrospective analysis suggest that supplementing general anesthesia with a long-acting spinal or epidural painkiller prior to radical prostatectomy reduces the patient’s need for postoperative opioids, which can suppress the immune system.

Opioids are commonly given to patients during and after surgery. Because they are immunosuppressive, however, systemic opioids can promote tumor recurrence by rendering a person’s immune system less able to fight cancer cells that may be present after surgical manipulation of a tumor.

As the researchers described online in British Journal of Anaesthesia, they used the Mayo Clinic’s prostatectomy registry to identify 1,642 patients who had general anesthesia with neuraxial analgesia during radical prostatectomy, with surgery taking place from January 1991 through December 2005. These patients were then matched on a 1:1 basis with men who received general anesthesia only during the same type of surgery, with matches made according to age, surgical year, pathological stage, Gleason scores, and presence of lymph node disease. Reports of cancer recurrence, cancer metastasis, and death were confirmed with the patients’ physicians. Patients had a median follow-up of nine years.

The administration of general anesthesia alone was associated with a 2.8 times increased risk for systemic progression and a 32% increased risk of death, after adjusting for comorbidities, positive surgical margins, and adjuvant hormonal and radiation therapies within 90 postoperative days.

“We found a significant association between this opioid-sparing technique, reduced progression of the prostate tumor, and overall mortality,” Dr. Sprung said in a Mayo Clinic statement. “Provided future studies confirm what we’ve found in this study, maybe down the line this would be a standard of care for pain management in persons undergoing cancer surgery.” 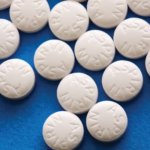