Although treatment intensification with NHT or doctaxel for mCSPC is standard of care, the investigators found that as of 2018-2019, less than one-third of men with mCSPC received this regimen as first-line therapy. “The underutilization of these agents in mCSPC suggests that further OS improvements may be possible,” the authors concluded.

Disclosures: The study was funded by Pfizer and Astellas Pharma. 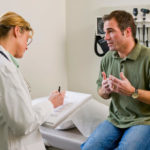