For many men, an unexpected prostate cancer (PCa) diagnosis and subsequent treatment interfere with their quality of life, according to “Prostate Cancer in America,” a national survey of 928 men with PCa and their caregivers conducted from October 2017 to January 2018 by Health Union, LLC.

A top complaint: Nearly two-thirds of respondents reported dissatisfaction with the sex lives, and 53% had sexual dysfunction. Roughly a quarter had erectile dysfunction. These symptoms often were associated with no longer “feeling like a man” and fears of partner abandonment. Other troubling symptoms included fatigue (20%) and overactive bladder (19%). Half of patients were bothered by treatment side effects, and 34% had pain that prevented enjoyable activities.

With regard to mental health, 62% expressed sadness and 68% worry that their cancer could progress. By stage, 35% of patients had been diagnosed with stage 1, 31% stage 2, and 33% stage 3 or 4 PCa. (Another 12% of men did not remember their diagnoses.) Seven in 10 men underwent follow-up tests and scans twice a year or more. For 1 in 5 patients, PCa was not their sole malignancy.

Overall, three-quarters of patients reported satisfaction with their medical care, but lacked sufficient mental health resources and treatment. Many men wanted support in combating depression and anxiety. One in 10 patients were eventually diagnosed with anxiety or panic disorders (9%) or a mood disorder (8%), such as depression.

Emotional upset often persisted. Although 40% were in remission, 14% had at least a single recurrence. If they had to sum up PCa in one word, men chose “scary,” “life-changing,” and “manageable,” among other terms. One respondent said that, while breast cancer survival is often considered a badge of honor, “men who survive PCa wear it as a badge of shame.”

The survey coincided with the launch of ProstateCancer.net, a site dedicated to supporting, educating, and connecting people affected by PCa. 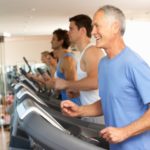 Diet, Exercise With Behavioral Counseling Can Reduce ADT Side Effects