Radical prostatectomy (RP) and adjuvant radiotherapy (XRT), however, is associated with a greater risk of erectile dysfunction (ED) and urinary incontinence (UI).

The investigators stated that their findings should be interpreted within the limitations of an observational study design. “Because our patients were not randomized, the 2 treatment groups may have differed in measured and unmeasured ways that are associated with differences in survival despite our best efforts to rigorously adjust for confounders,” they noted.

Another limitation was reliance on administrative claims, which are for billing purposes, they explained. Key information that may influence outcomes, such as radiation dosage or whether nerve-sparing was performed during RP, is not captured precisely. 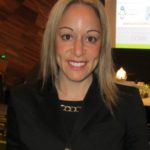