PCa is the leading cause of death during the first 10 years of post-RP survivorship. After 10 years, patients are more likely to die from other causes, the investigators reported online ahead of print in Urologic Oncology. Consequently, surgery should be considered for young patients with high-risk disease, with strict PCa follow-up during the first 10 years of survivorship after RP, the researchers stated. 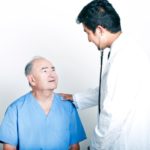