Dong Soo Kim, MD, and colleagues at Kyung Hee University School of Medicine in Seoul, Korea, enrolled 165 PCa patients into a retrospective study and divided them into 2 groups according to National Comprehensive Cancer Network (NCCN) guidelines: a low-intermediate risk group (115 patients) and a high-risk group (50 patients). Of the patients in the low-intermediate risk group, 88 underwent radical prostatectomy (RP) and 27 underwent radiotherapy (RT).

In the low-intermediate risk group, the 5-year BCR-free survival rates in the RP and radiotherapy patients were 82.2% and 86.6%, respectively, a non-significant difference between the groups. In the high-risk group, the 5-year BCR-free survival rate was 74.2% for the RP patients compared with 27.7% for the radiotherapy patients, a significant difference.

“RP should be a more strongly considered option when deciding the treatment method for selected high risk patients,” the authors wrote.

The researchers noted that their findings are consistent with those of other studies demonstrating the superiority of RP for treating high-risk PCa. For example, in a systematic review and meta-analysis published in Clinical Genitourinary Cancer (2014;12:215-224), Fausto Petrelli, MD, of Azienda Ospedaliera Treviglio, Treviglio, Bergamo, Italy, and colleagues found that RP was associated with a significant 49% decreased risk of death from any cause, 44% decreased risk of prostate cancer-specific mortality (PCSM), and 47% decreased risk of non-PCSM compared with RT in the treatment of localized high-risk PCa.

In a separate study by Joo Yong Lee, MD, and colleagues at Yonsei University College of Medicine in Seoul, Korea, the 5-year estimated cancer-specific survival rates among men with clinically localized high-risk PCa were significantly higher for men treated with RP than RT (96.5% vs. 88.3%), according to a report in Annals of Surgical Oncology (2014;21:4026-4033). 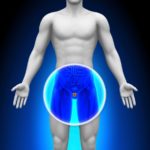 Cryotherapy Is a Viable Choice for High-Grade Prostate Cancer