When a man is diagnosed with low- or intermediate-risk PCa, commercially available tests are commonly used to measure gene expression in the tumor, noted study author Travis A. Gerke, ScD, an assistant member at Moffitt Cancer Center in Tampa, Florida. Black men have a 70% greater risk of PCa and are more than twice as likely to die from the disease compared with white men. Three tests recommended by the National Comprehensive Cancer Network (NCCN) for predicting outcomes among men with low- or intermediate-risk PCa—OncotypeDX Prostate, Prolaris, and Decipher—were developed and validated in predominantly European-American cohorts, according to Dr Gerke.

Unfortunately, black men are underrepresented across many areas of public health research, and prognostic biomarker discovery in PCa is no exception. The researchers examined whether gene expression patterns differed by race for the genes included in the OncotypeDX Prostate, Prolaris, and Decipher tests.

Dr Gerke and his colleagues used the gene expression panel NanoString to compare the expression of 60 genes included in the commercial tests in tumor samples from 327 patients. The samples were from 95 black and 232 white patients. The analysis showed that 48% of the genes included in the panels were expressed at different levels in black vs white men. This finding was not entirely surprising due to the known racial differences in disease aggressiveness.

What did stand out, however, was that the risk predictions provided by Prolaris and Decipher based on the risk scores were not significantly different between black and white patients. In addition, the OncotypeDX scores provided more favorable risk prediction for black vs white men. “Our study suggests that gene expression patterns for the 3 commercially available tests vary by race, and further research is needed to determine whether these variations associate with lessened risk prediction accuracy in African American patients,” Dr Gerke said. “Caution is currently warranted when applying biomarker panels of prostate cancer prognosis in clinical decision-making in African-American men.”

This analysis is the first to evaluate race-specific expression patterns of established prognostic genes in 3 commercially available panels on a single-gene expression platform. The study, however, is limited by a lack of follow-up data for comparing outcomes.

Matthew R. Cooperberg, MD, MPH, Professor of Urology at the University of California, San Francisco, said the question of differential genes across racial groups is both timely and important. “The findings need to be taken with several large grains of salt, however. Prolaris and OncoType GPS are calculated based on RT-PCR [reverse transcriptase polymerase chain reaction], and Decipher based on an expression array,” Dr Cooperberg said. “NanoString is a different technology, and it is definitely not a safe assumption that differences in observed expression by NanoString would correspond to differences in the clinical biomarker scores.”

He added, “Other studies have previously shown that the clinical scores perform comparably among African-American men as among Caucasian men,” Dr Cooperberg said. “Additional studies are needed to verify the genomic differences reported here, and more importantly to determine what genetic and environmental factors explain racial disparities in prostate cancer outcomes.”

Simpa Salami, MD, MPH, Assistant Professor of Urology at the University of Michigan in Ann Arbor, said the disparity in PCa outcomes is indisputable. “While some believe it is solely due to socioeconomic factors/lack of access or biological differences, I believe that it is a combination of both,” Dr Salami said. “While the usefulness of biomarkers in assessing the aggressiveness of low-grade prostate cancer is highly debatable, this study highlights the limitations of using such tests in a one-size-fits-all approach.”

If PCa biology is truly different between black and white men, Dr Salami added, one would expect that biomarkers for predicting such biology would be different. “This study indicates that we must exercise caution when applying tests developed in one population to another,” he said. “Studies with long-term follow-up are needed to verify these interesting findings.”

Daniel A. Barocas, MD, MPH, Associate Professor of Urology at Vanderbilt University in Nashville, Tennessee, said this study is important because it raises a highly relevant question.  “I think what they have done is taken us one step forward and said what is the differential expression between African-American men and European-American men,” Dr Barocas said.

These gene expression tests are designed to predict the chance of metastatic spread and the chance of death within 10 years. The obvious next step of this research, Dr Barocas said, will be to look at how well these tests do over a period of 10 years and beyond in black men. “If you were testing a new assay or a drug for prostate cancer it is wise to include a large population of African-American men because this disease is so important in that community,” he said. “I think that is known broadly.  It is a little surprising that the initial validation studies did not answer this question upfront.” 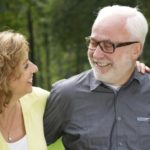