Digital rectal examination (DRE) findings remain an important prognosticator of mortality risk among men with prostate cancer (PCa), according to a new study.

In a study of 5291 men with high-risk clinical stage T2 (cT2) PCa treated with curative intent, investigators found that cT2 subclassifications determined by DRE independently predicted the probability of death. Men with cT2b and cT2c tumors had a significant 25% and 43% increased risk of death, respectively, compared with men who had cT2a tumors (reference), Jenna F. Borkenhagen, MD, and colleagues at the University of Wisconsin in Madison reported in the Journal of the National Comprehensive Cancer Network. On multivariate analysis, the finding was independent of other prognostic factors.

The investigators noted that minimal data are available in the modern era regarding the prognostic value of DRE-determined cT2 subclassifications.

“Demonstration of the prognostic significance of the cT2 subclassifications has important clinical and cost-effectiveness implications,” the authors wrote. “In an era in which physicians have come to rely on new and expensive diagnostic tests, such as multiparametric MRI and genomic prognostics assessments, it is critical to highlight that traditional DRE remains a simple and valuable clinical tool for predicting prostate cancer outcome.”

Dr Borkenhagen’s team concluded that DRE “should be performed routinely by oncologists treating this malignancy.”

The investigators cited studies showing that DRE is an underused component of the physical examination and may not be emphasized as a critical skill in the training of future physicians. 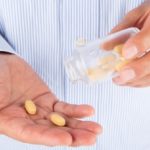 Newer Antiandrogens Up Survival in mCSPC