More than half of PET scans performed for patients with PSA values below 0.5 ng/mL identified discreet lesions, and additional increases in PSA level decreased the proportion of negative scans at each of the PSA thresholds examined, the authors pointed out.

In a receiver operating characteristic (ROC) analysis, the investigators found that the area under the curve was maximized when sensitivity was 60% and specificity was 84%. The corresponding ROC curve was 0.75 and the PSA cutoff at this threshold was 2.1 ng/mL, they reported.

“Our results suggest that in the setting of biochemical recurrence, as a patient’s PSA increases, so does the probability of a positive 18F-fluciclovine PET scan and finding larger numbers of suspicious lesions,” the authors concluded.

Employing a PSA threshold of 1 to 2 ng/mL “carries greater sensitivity and specificity and may maximize identifying individuals with early BCR who may benefit from early intervention, while minimizing negative scans.”

Dr Armstrong and his colleagues noted that identifying specific sites of recurrence correctly may influence the choice of salvage therapy, particularly if focal salvage therapy is under consideration.

Of the 115 men, 61 (53%) underwent surgery alone, 20 (17%) had radiotherapy, and 34 (30%) had a combination of these treatments; 79 had undergone a prior computed tomography scan and 94 had undergone bone scans, with negative findings in the majority of them. 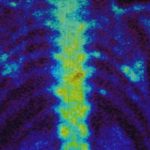