Recent studies have added to mounting evidence that statins have beneficial health effects apart from their approved indication for lowering cholesterol, including anti-cancer properties and protection against contrast-induced nephropathy.

At the 2015 Genitourinary Cancers Symposium in February, for example:

Studies to date provide intriguing evidence that statins could have a role as adjunctive treatment for urinary and other cancers, researchers say, and they make a strong case for conducting the prospective, randomized, intervention trials required to prove that statins cause the observed beneficial effects.

Dr. Hamilton’s team looked at statin use and survival outcomes among 1,364 men placed on ADT because of rising PSA levels after primary or salvage radiotherapy. Statin users had a significant 36% decreased risk of overall and cancer-specific mortality compared with non-users.

“This study adds to the growing body of evidence that statin medications may inhibit prostate cancer growth,” Dr. Hamilton said. He added, however, there is not enough evidence to support starting patients on statin therapy to improve PCa outcomes.

The study by Dr. Harshman and colleagues built on preclinical findings out of the laboratory of Philip W. Kantoff, MD, at Dana-Farber showing that statins likely compete with the androgen DHEAS for uptake by the transporter SLCO2B1, which may result in decreased androgen stores for the tumor cell.

Using their institutional clinical database, Dr. Harshman’s team identified 926 men with hormone-sensitive PCa who were treated with ADT; about a third were taking a statin at the time of ADT initiation. Statin users had a significantly longer mean time to disease progression than non-users (27.5 vs. 17.4 months).

“While this work needs to be validated prospectively, it suggests that statins may impact prostate cancer by decreasing the tumor’s available androgen pool, and could be a valuable adjunct to our current therapies for prostate cancer,” Dr. Harshman said.

In addition, a recently published cross-sectional study of 323,426 men aged 65 years or older found that statin use was associated with a lower likelihood of having an abnormal screening PSA. For example, after adjusting for age, 6.2% of men taking a daily simvastatin dose higher than 40 mg had a PSA level above 4 ng/mL versus 8.2% of non-statin users, according to a report in Urology (2014;84:1058-1065). The effect was more pronounced with higher statin dose, longer statin duration, and higher statin potency. 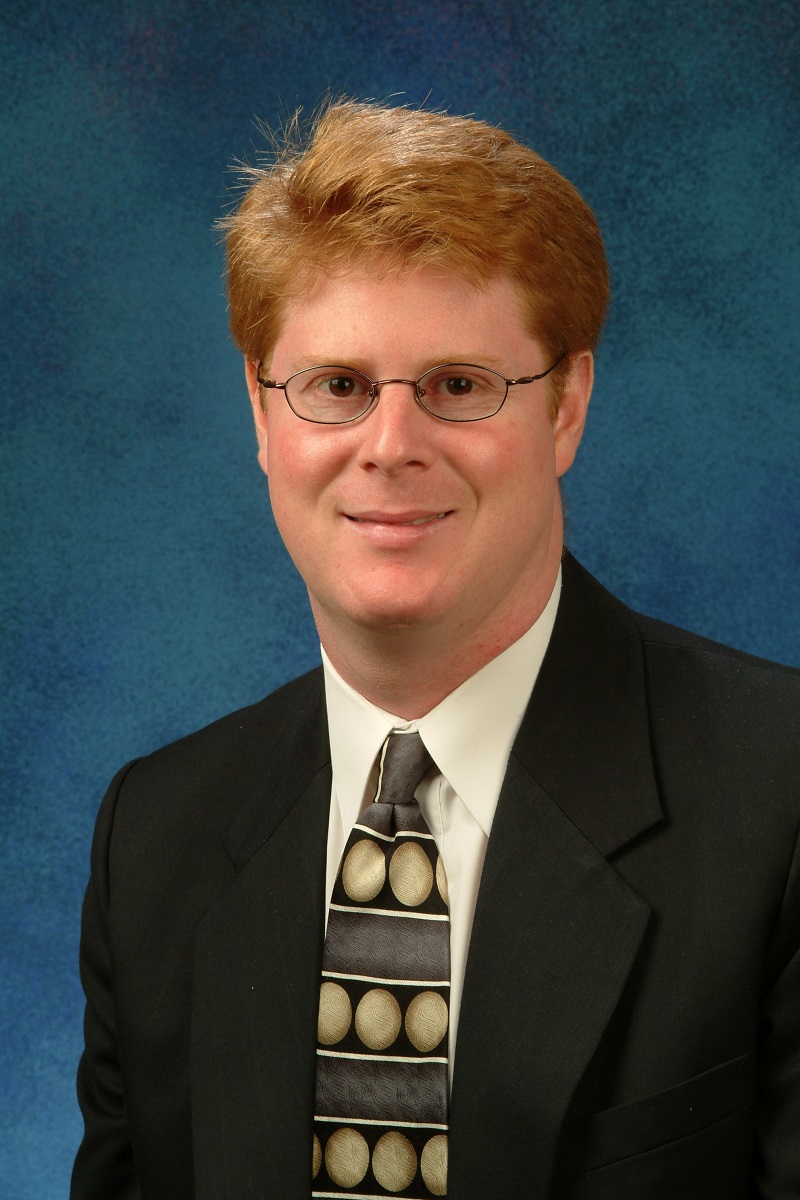 Stephen J.
Freedland, MD
In an interview with Renal & Urology News, Stephen J.
Freedland, MD, an investigator involved in that study, explained that anti-neoplastic effects of statins are biologically plausible. Cholesterol makes up almost one-third of cell membranes, he said, and cancer cells, because they divide prolifically, require more cholesterol. “If you deprive the body of cholesterol, you deprive the tumor of cholesterol,” said Dr. Freedland, professor of surgery (urology) at Cedars Sinai Medical Center in Los Angeles, where he is director of the Center for Integrated Research on Cancer and Lifestyle. “That alone could cause the tumor to grow slower.”

Dr. Freedland pointed out that prostate tumors make their own testosterone from cholesterol. “If there’s less cholesterol, the tumor has a harder time making testosterone.” Animal studies suggest that reductions in cholesterol levels are associated with a decrease in androgen levels in the tumor, he said.

The researchers also examined statin use versus non-use by therapy type. In adjusted analyses, statin use was associated with a significantly decreased risk of death among patients treated with therapies targeting vascular endothelial growth factor or mammalian target of rapamycin (risk reductions of about 25% and 34%, respectively). Statin use did not affect death risk in patients treated with interferon-alpha. Statin users and non-users had similar adverse event rates.

Statins could represent a potential adjunct therapeutic option for patients with metastatic RCC, the authors concluded. 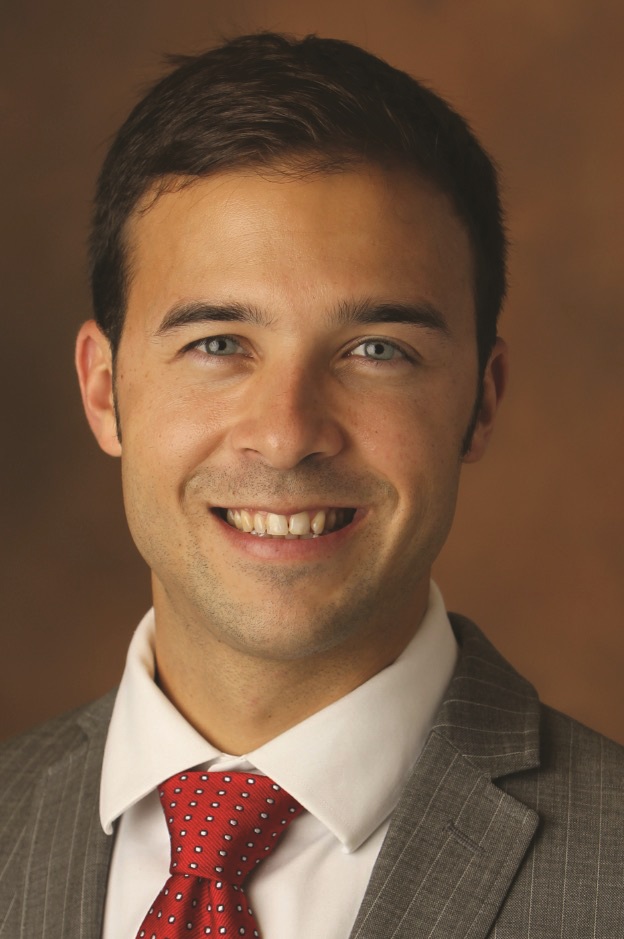 Samuel D. Kaffenberger, MDA recently published study in Urologic Oncology (2015;33:e11-17) shows that statins also may benefit patients undergoing surgery for RCC. Samuel D. Kaffenberger, MD, a urologic oncology fellow at Memorial Sloan-Kettering Cancer Center in New York, and colleagues analyzed data from 916 RCC patients who underwent radical or partial nephrectomy at Vanderbilt University in Nashville, Tenn., from 2000 to 2010. The median follow-up was 42.5 months. The 3-year overall and disease-specific survival rates were 83% and 91%, respectively, for statin users versus 77% and 84% for non-users.

Investigators also have observed the putative anti-cancer effects of statins in non-urinary malignancies. In a study of 128,675 post-menopausal women in the Women’s Health Initiative—of whom 10,474 used statins at baseline—statin use was associated with a significant 20% decreased likelihood of a diagnosis of late-stage breast cancer, according to a report published online ahead of print in Cancer Causes and Control.

A meta-analysis of 6 case-control studies that included a total of 5,993 cases of gastric cancer and 54,800 matched controls concluded that statin use is associated with a 44% decreased risk of gastric cancer, researchers reported in the Journal of Cancer Research and Therapeutics (2014;10:859-865).

Not all studies have demonstrated that statins have anti-cancer effects. For example, a population-based cohort study published online ahead of print in the European Journal of Cancer found that men using any statins had a 25% increased risk of high-grade PCa and a 16% increased risk of any PCa compared with men not on any medication. The study, by Tobias Nordström, MD, of Karolinska Institutet in Stockholm, Sweden, and colleagues included 185,667 men having a first recorded PSA test and 18,574 men having a first prostate biopsy in Sweden.

In another study, Japanese researchers using the FDA’s Adverse Event Reporting System database and a large claims database found an association between statin use and an increased risk of colorectal and pancreatic cancer, according to a report in the International Journal of Medical Science (2015;12:223-233).

Too early for cancer therapy

Despite multiple studies suggesting that statins have anti-cancer effects, it remains unproved whether the medications are directly responsible for benefits observed in those studies, Dr. Freedland said. Other factors, and not statin use per se, may account for the apparent protective effects observed in the studies conducted so far, he said. One factor may be fundamental differences between statin users and non-users. Data show, for example, that statin users are more health conscious. “They’re the ones who went to the doctor to get screened for cholesterol,” Dr. Freedland said.

Memorial Sloan-Kettering’s Dr. Kaffenberger agreed that it is too early to start prescribing statins as part of cancer treatment. “It would be premature to recommend adjunctive statin therapy for the purpose of improving survival in patients with cancer at this time,” Dr. Kaffenberger said. “While there is promising epidemiologic and mechanistic evidence for an anti-neoplastic effect of statins in a number of different cancer types, including renal cell carcinoma and prostate cancer, the clinical evidence for use of statins as adjunctive anticancer agents is conflicted.”

Large, population-based epidemiologic studies have commonly shown a reduction in the incidence of a number of cancer types, including RCC and prostate and colorectal cancer, he pointed out. Mechanistically, statins have been shown to exhibit anti-neoplastic activity at physiologic concentrations by a number of potential mechanisms, but whether these data translate into a survival benefit remains unknown, he said.  Large-scale retrospective clinical studies have exhibited mixed results in terms of effects on survival in many cancers, including RCC. Specifically, some large clinical series of patients undergoing radical or partial nephrectomy for RCC have shown a survival advantage for patients on statins, whereas others have not.

“Given the demonstrated safety profile and numerous proven health benefits of statins, along with encouraging pre-clinical data, clinical trials are certainly warranted in renal cell carcinoma and other cancer types,” Dr. Kaffenberger said. “Unfortunately, since there is little financial incentive for pharmaceutical companies to invest in clinical trials for drugs which are off-patent, funding for these trials will be difficult to obtain.”

In addition to their possible anti-cancer effects, statins might prove useful as prophylaxis against contrast-induced nephropathy (CIN), as demonstrated in 2 randomized, controlled trials published in the Journal of the American College of Cardiology (2014;63:62-70; 71-79). In a study of 504 patients with acute coronary syndrome (ACS) scheduled for invasive cardiac procedures, Mario Leoncini, MD, of Prato Hospital in Prato, Italy, and colleagues assigned 252 patients to receive rosuvastatin (40 mg on admission, followed by 20 mg/day) and 252 to receive no statin (controls). The incidence of CIN was significantly lower in the statin than no-statin group (6.7% vs. 15.1%), which in adjusted analyses represented a 62% decreased odds of CIN.

The other study, by Yaling Han, MD, PhD, of Shenyang Northern Hospital in Shenyang, China, and colleagues, included 2,998 patients with type 2 diabetes and concomitant chronic kidney disease (CKD). These patients were undergoing coronary or peripheral arterial angiography with or without percutaneous intervention. The investigators assigned 1,498 patients to receive rosuvastatin 10 mg/day for 5 days and 1,500 patients to receive standard care (controls). The statin group had a significantly lower incidence of CIN than controls (2.3% vs. 3.9%).

For both studies, investigators defined CIN as an increase in serum creatinine level of 0.5 mg/dL or greater or 25% or more above baseline within 72 hours after exposure to contrast medium.

Recent meta-analyses also support the use of statin treatment to lower CIN risk.

A meta-analysis of 13 prospective randomized controlled trials totaling 5,803 patients with contrast exposure found that patients who received periprocedural statin treatment to prevent CIN had a lower overall incidence of CIN compared with controls (3.6% vs. 6.9%), Wisit Cheungpasitporn, MD, of Mayo Clinic in Rochester, Minn., and colleagues reported online ahead of print in Renal Failure. Statin use was associated with a significant 51% decreased risk of CIN. All patients received intravenous fluid hydration for CIN prevention.

In a meta-analysis of 9 prospective randomized studies of high-dose statin treatment compared with placebo for CIN prevention showed that statin treatment was associated with a significant 55% decrease odds of CIN, according to an online report in the American Journal of Therapeutics. The studies included in the meta-analysis, which was conducted by Alexandros Briasoulis, MD, PhD, of Wayne State University/Detroit Medical Center, and colleagues, had a total of 2,480 statin recipients and 2,504 controls.

An Iranian study, however, did not find a beneficial effect of a statin in preventing CIN. The study, which was published in ARYA Atherosclerosis (2014;10:252-258), included 236 patients referred for elective computed tomography angiography. Investigators randomly assigned 115 patients to receive atorvastatin (80 mg/day) and 121 to receive placebo from 24 hours before to 48 hours after contrast administration. The atorvastatin and placebo groups did not differ significantly in the incidence of CIN (4.3% vs. 5.0%), although the atorvastatin group experienced significantly less of an increase in serum creatinine after contrast administration.