Standard 12-core prostate biopsies should continue to be performed in men despite the absence of suspicious prostate lesions on magnetic resonance imaging (MRI) scans, investigators reported at the Society of Urologic Oncology 17th annual meeting in San Antonio, Texas. In a study, they found that prostate MRI missed 13% of high-grade prostate tumors that were revealed by subsequent standard template transrectal ultrasound (TRUS) 12-core biopsy.

“There is no doubt that MRI targeted biopsy is better than a random TRUS biopsy, but it is imperfect,” lead investigator Eric Kim, MD, told Renal & Urology News. “Currently, optimal cancer detection requires both targeted and systematic biopsy. As MRI interpretation and other imaging modalities, such as PET [positron emission tomography], improve, systematic biopsy may not be needed.”

Dr Kim and his colleagues at Washington University School of Medicine in St. Louis defined the negative predictive value (NPV) of prostate MRI at their institution and the characteristics of men with clinically significant cancer (Gleason 7 or higher PCa) but a negative MRI.

They studied 84 men with negative prostate MRI who subsequently underwent standard template transrectal ultrasound-guided prostate biopsy. The group consisted of 39 biopsy-naïve patients, 30 patients who had a previous negative biopsy, and 15 patients on active surveillance (AS). All of the AS patients had been diagnosed with Gleason 6 cancer. The researchers calculated the NPV of prostate MRI as the number of TRUS biopsies divided by the sum of negative and positive TRUS biopsies.

Results showed that MRI had an NPV of 87% for Gleason 7 or higher PCa, which the investigators said is in line previously published studies. The only predictor of Gleason 7 or higher cancer among negative MRI patients was an increasing Prostate Cancer Prevention Trial risk calculator estimate for high-grade PCa. Dr Kim’s group reported finding no significant differences in NPV between patients based on prior biopsy status. 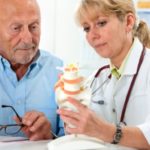