HealthDay News — A type of smokeless tobacco called snus may increase a prostate cancer patient’s mortality risk, according to a study published online in the International Journal of Cancer.

Kathryn Wilson, ScD, a research scientist at the Harvard TH Chan School of Public Health in Boston, and colleagues analyzed health check-up data from 336,381 men in Sweden between 1971 and 1992.

“There is some evidence from animal studies that nicotine can promote cancer progression, and snus users have high blood levels of nicotine. Snus users are also exposed to other carcinogens in tobacco even though it is a smokeless product,” coauthor Sarah Markt, a research associate at Harvard, said in a university news release. “Taken together, this suggests that the health effects of smokeless tobacco products should be carefully studied by public health officials.” 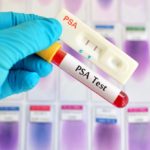