New research shows that prostate cancer (PCa) mortality risk is lower after radical prostatectomy compared with radiotherapy, but the difference in risk is much smaller than found in previous studies. In fact, among patients with high-risk cancer, no significant difference in risk exists between the treatments.

The absolute difference in risk of death within 10 years was less than 1% across all Cancer of the Prostate Risk Assessment (CAPRA) risk categories, David Robinson, MD, of Ryhov Hospital in Jönköping, Sweden, and colleagues reported online ahead of print in European Urology.

Compared with previous studies, the difference in PCa death risk between RP and RT “was much smaller than in previous studies and very small in absolute terms,” the authors concluded. As a result, they noted, the choice between the treatments should be guided by the risk of side effects and patient preference instead of PCa mortality risk.

The investigators cited results from the first randomized clinical trial comparing RT, RP, and active monitoring showing no significant difference in PCa mortality risk after 10 years of follow-up. However, in that study, which was published in the New England Journal of Medicine (2016;375:115-1424), there were only 4 PCa deaths after RT and 5 after RP. A previous systematic review and meta-analysis published in European Urology (2016;70:21-30) found that PCa patients who underwent RT had a significant 2-fold higher risk of PCa mortality than those who underwent RP in adjusted analyses.

Dr Robinson and his colleagues noted that limitations of their study included incomplete data, misclassification of bone metastases, and subpar RT in the early calendar time. “To address this issue, we used period analysis, an analytical approach that increases the influence of data from more recent calendar time. Period analysis is arguably the best analysis to inform current treatment decisions.”

Other limitations included lack of data on PSA density and total cancer extent in biopsies in millimeters, both of which influence outcome.

Dr Robinson’s team identified study patients using the National Prostate Cancer Register of Sweden. Of the 41,503 patients, 26,449 underwent RP and 15,054 underwent RT. RT recipients were older than those who underwent RP (mean 67 vs 63.1 years), and they had higher T stage, Gleason grade group, PSA level, and proportion of biopsies with cancer. 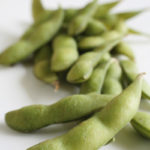