Men with prostate cancer have a 40% cumulative incidence of first skeletal-related events (SREs) following development of castration-resistant disease, according to investigators who report that they have conducted the first large observational study to estimate SRE rates in this patient population.

The study, led by Alison Tse Kawai, ScD, of RTI Health Solutions in Waltham, Massachusetts, included 2234 men with castration-resistant prostate cancer (CRPC) in the Surveillance, Epidemiology and End Results (SEER)-Medicare database. The study population had a mean follow-up period of 10.6 months, during which 896 men (40%) experienced first SREs, with 74% of SREs occurring within 12 months after cohort entry. First SREs occurred more commonly among whites than blacks. Use of a bone-targeted agent (BTA) was associated with a decreased incidence of SREs, which included fractures, bone surgery, radiation therapy to bone, or spinal cord compression.

The study included men aged 65 years and older (mean age 76.6 years) diagnosed from 2000 to 2011. Inclusion criteria included absence of a prior malignancy (other than non-melanoma skin cancer) and intervention with surgical or medical castration with subsequent second-line systemic therapy.

Of the 2234 men in the study, 56% had a history of SRE prior to any use of BTAs (alendronate, denosumab, ibandronate, pamidronate, risedronate, or zoledronic acid). The incidence rate of first SRE was higher among those with a history of SREs compared with no such history (4.20 vs 3.33 per 100 person-months). In addition, the incidence rate of first SRE was significantly higher for whites than blacks (3.97 vs 2.58 per 100 person-months), a finding that the authors hypothesize may be due to higher bone density among black men.

David Y.T. Chen, MD, Director of the Urologic Oncology Fellowship Program at Fox Chase Cancer Center and Professor of Surgical Oncology at Temple University School of Medicine in Philadelphia, said the study establishes an additional baseline point of reference for defining the incidence of bone complications associated with advanced prostate cancer. The study’s short follow-up period, however, is a major limitation. “It is very probable that a longer follow-up would result in a higher event rate. The finding that the majority of events occur within a year is probably a bias of the mean follow-up duration being 10.6 months,” Dr. Chen told Renal & Urology News. When metastatic CRPC develops, he said, more intensive surveillance for SREs is warranted. These events are associated with pain, reduced quality of life, and increased mortality.

“We should be putting people on these bone targeting agents and this [study] supports what we should be doing in clinical practice,” said Nancy Dawson, MD, Professor of Oncology and Director of the Genitourinary Medical Oncology Program at Georgetown Lombardi Comprehensive Cancer Center in Washington DC.

“There have been many efforts focused on decreasing these [skeletal] events,” said Cathy Handy Marshall, MD, MPH, Assistant Professor Oncology at the Sidney Kimmel Comprehensive Cancer Center at John Hopkins University in Baltimore. “Based on large phase 3 studies, NCCN [National Comprehensive Care Network] guidelines recommend using bone-targeted agents for men with metastatic CRPC and bone metastasis in order to decrease the rate of SREs. It is unclear why almost half of the patients in this study were not on bone-targeted agents, but that should be considered when thinking about these results and highlights an opportunity to improve the care of these patients.”

“This particular study and other previous publications on this subject are important in providing information that ADT in CRPC patients as second-line therapy leads to side-effects, including SREs, increased fat mass, metabolic syndrome, memory and cognitive dysfunction, which greatly affects quality of life of these patients,” said Sanjay Gupta, PhD, MS, Carter Kissell Associate Professor and Research Director at Case Western Reserve University School of Medicine in Cleveland. “Adverse events and side effects due to prolong ADT use affect long-term quality of life of these patients, which can lead to higher morbidity and mortality rates. In fact, the patient death is not because of prostate cancer, but as a consequence of prostate cancer.” 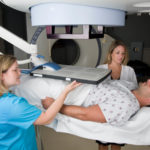