A consensus panel of experts has proposed a new and simpler prostate cancer grading system that could help clinicians give patients a better understanding of their prognosis.

The system, initially proposed by Jonathan I. Epstein, MD, Professor of Pathology, Urology, and Oncology at Johns Hopkins Medical Institutions in Baltimore, and supported  by the International Society of Urological Pathology (ISUP), is based largely on the 1967 to 1973 Gleason scoring system, but more accurately reflects PCa biology than the Gleason system. It incorporates the latest understanding of the pathologic and clinical aspects of PCa. The new grading system, first described in BJU International in 2013 and recently verified in a  large multi-institutional study described in the upcoming March issue of European Urology (2016;69:428-435), consists of 5 “grade groups,” with Grade Group 1 indicating the most favorable prognosis and Grade Group 5 the least favorable. In the Gleason scoring system, 25 grading combinations are possible.

In an interview with Renal & Urology News, Dr. Epstein said the proposed system distills pathologic findings into the key differences in prognosis “that can be intuitive to both patients and clinicians,” he said.

“Clinicians will be forced to look at the grades appropriately in terms of different prognoses,” Dr. Epstein said.

A noteworthy aspect of new grading system is the distinction it makes between Gleason score 3 + 4 and 4 + 3 cancers, which often are simply called Gleason score 7 disease in discussions with patients. Dr. Epstein emphasized that Gleason 3 + 4 tumors are associated with substantially better prognoses than Gleason 4 + 3 tumors. The new grading system separates these cancers into Grade Group 2 and 3, respectively.

This distinction could affect patient decisions whether to be placed on active surveillance if their doctors recommend it. Patients may feel more comfortable with this approach if they are told their cancer is a grade 2 out of 5 instead of a Gleason 7 out of 10, Dr. Epstein said.

The new grading system has been in use at Johns Hopkins since 2013, with biopsy reports including both Gleason scores and grade groups, and clinicians at the institution have embraced it, Dr. Epstein said. “It helps them to explain to patients in simple terms the relative prognosis of their tumors,” he said.

The consensus panel was convened in 2014 by ISUP and included 65 PCa pathology experts as well as 17 clinicians, including urologists, radiation oncologists, and medical oncologists from 19 countries.

The new grading system and terminology of Grade Groups 1 through 5 have been accepted by the World Health Organization for the 2016 edition of Pathology and Genetics: Tumours of the Urinary System and Male Genital Organs. As for how quickly the new system will be adopted by U.S. clinicians, Dr. Epstein noted that this depends largely on its adoption by the College of American Pathologists checklists, to which every medical institution adheres. This often follows what the Union for International Cancer Control (UICC) and the American Joint Committee on Cancer (AJCC) do with respect to the TNM Classification of Malignant Tumors, which both groups maintain. David F. Penson, MD, Chair of the Department of Urologic Surgery and Director of the Center for Surgical Quality and Outcomes Research at Vanderbilt University Medical Center in Nashville, Tenn.

“The new grading system has some significant advantages over the Gleason grading system,” said David F. Penson, MD, Chair of the Department of Urologic Surgery and Director of the Center for Surgical Quality and Outcomes Research at Vanderbilt University Medical Center in Nashville, Tenn. “The Gleason system can be quite confusing to patients. Patients often misinterpret the news of a Gleason 3 + 3 = 6 tumor as bad news, as the scale runs from 2 to 10 and 6 is in the middle, implying intermediate-risk disease. Resetting the grading system so the lowest risk cancers are a Grade Group 1 will be very helpful for patient counseling and will aid in the further uptake of active surveillance in appropriate men with low-risk disease.”

The differentiation between Gleason 3 + 4 and 4 + 3 as Grade Groups 2 and 3 is also an important advance that will improve patient education and future studies of PCa, Dr. Penson said. “Specifically, many administrative and institutional databases fail to differentiate between 3 + 4 and 4 + 3 disease, reporting both as Gleason score 7, he said. “This is probably not the optimal approach given that studies show that there are differences in outcomes between the 2 groups.”

Although the proposed Grade Group system is an advance, some questions still remain, Dr. Penson said. The validation data presented by Dr. Epstein uses biochemical recurrence-free survival as the endpoint, Dr. Penson pointed out.  “As we know, not all biochemical recurrences result in a clinical event such as metastasis or death and, of course, the definition of a biochemical recurrence differs between surgery and radiation. It’s also not entirely clear to me how patients who have a tertiary Gleason pattern on prostatectomy will be graded in the new system.”

Given these and other remaining questions, further study of the new system is needed. “That being said, however, it is definitely time for us to take a critical look at the Gleason grading system and develop better approaches to pathologic grading of prostate cancer,” Dr. Penson said. “Gleason developed his scoring system roughly 50 years ago. Our understanding of prostate cancer has obviously advanced exponentially since then.  The new grading system is definitely a big step forward in the care of this disease.” 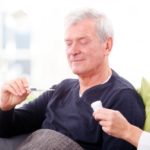