The study is not the first to show an association, but results from previous research have been mixed. So investigators led by Robert Nam, MD, of the University of Toronto, pooled results from 21 mostly large, multi-institutional, observational studies published up to April 6, 2015. The studies compared PCa patients treated with any radiotherapy (conformal external beam, intensity modulated, brachytherapy, or a combination), regardless of dose or duration, with patients who did not undergo radiotherapy (including those who opted for surgery).

The investigators found 67%, 79%, and 79% increased risks of bladder, colorectal, and rectal cancer, respectively, after radiotherapy. The absolute risks of these cancers were low, however, according to results published online in BMJ. The absolute rates for bladder, colorectal, and rectal cancers ranged from 0.1%–3.8%, 0.3% – 4.2%, and 0.3%– 1.2%, respectively, and depended on the type of radiotherapy, control group, and lag time to secondary cancer. Dr Nam and colleagues did not find consistent evidence for an association between radiotherapy and lung and hematologic cancers.

The likelihood of developing these specific cancers varied by radiotherapy type. External beam radiotherapy was associated consistently with greater risk, while brachytherapy was not. Although the researchers did not separately analyze intensity modulated radiotherapy, they cited a study by Michael J. Zelefsky, MD, showing no increased risk (BJU Int 2012:110:1696-1701).

“It can be speculated that brachytherapy could pose a lower risk of secondary malignancy related to radiation than external beam radiotherapy because it delivers much less integral radiation to normal tissues (outside the prostate) than external beam radiotherapy,” Dr. Nam and colleagues suggested. Some evidence suggests radiation scatter and radiation-induced genetic alterations can occur outside the irradiated area of the prostate, they noted.

In regard to clinical implications, these findings should be discussed with PCa patients who have a long life expectancy, according to the investigators and an accompanying editorial by Christine E. Eyler, MD, a clinical fellow of the Harvard Radiation Oncology Program, and Anthony L. Zietman, MD, professor of radiation oncology at Harvard Medical School in Boston. The results also support tightly targeted external radiation techniques.

“Perhaps most important, this study confirms our belief that second malignancy should be added to the already long list of avoidable hazards associated with treatment for those men with low risk prostate cancer who simply need no treatment at all,” Drs Eyler and Zietman highlighted. “Concern about second malignancies should not, however, stand in the way of an effective and well studied treatment being given to men with higher grade, lethal prostate cancer for whom the potential benefit simply dwarfs the risk.”

Large, prospective studies on the topic with longer follow-up are still needed. Dr Nam and colleagues acknowledged a moderate risk of bias in their systematic review and meta-analysis, due to factors such as the lack of explicit demonstration that cancer was not present at the start of the study and the length of follow-up.

In a related development, a Canadian case-control study published online this month ahead of print by Danielle Desautels, MD, and colleagues in Cancer found that radiation treatment of PCa was associated with a 2-fold increased risk of rectal cancer compared with PCa cases not treated with radiation. 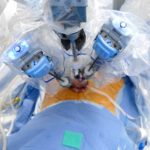