The ORIOLE (Observation Versus Stereotactic Ablative Radiation for Oligometastatic Prostate Cancer) trial compared the effectiveness of SABR versus “wait and watch” observation in recurrent cases of oligometastatic HSPC. SABR was significantly associated with a 70% decreased risk of progression compared with observation, investigators reported in JAMA Oncology.1 The findings suggests that SABR may be appropriate for select men with oligometastatic HSPC who wish to delay initiation of androgen deprivation therapy (ADT).

“The primary clinical finding from the ORIOLE trial showed men with oligometastatic prostate cancer (3 or less metastatic tumors) treated with SABR were significantly less likely to experience increases in their PSA levels and lived significantly longer without any detectable disease progression than patients who received no additional treatment,” said study leader Phuoc Tran, MD, PhD, Professor of Radiation Oncology and Molecular Radiation Sciences at the Johns Hopkins University School of Medicine and a member of the Johns Hopkins Kimmel Cancer Center in Baltimore.

The new findings confirm those of prior single institution studies and limited prospective data showing that SABR may be effective for men whose prostate cancer had spread, Dr Tran said.

Dr Tran and his colleagues randomly assigned 54 men to receive SABR or to undergo observation. Enrollment criteria included the presence of 1 to 3 asymptomatic metastases that arose within the prior 6 months and were not larger than 5.0 cm in the largest axis or 250 cm2. Patients were allowed to have received ADT or other systemic treatments during initial management or salvage therapy, but not within 6 months of enrollment. The patients had a median age of 68 years and median follow-up time of 18.8 months. The primary outcome was disease progression at 6 months (rise in PSA level, radiographic evidence, symptomatic progression, ADT initiation for any reason, or death).

Disease progression occurred within 6 months in 7 of 36 men (19%) treated with SABR compared to 11 of 18 men (61%) undergoing observation alone. The investigators found no significant differences in clinically meaningful side effects or in reports of pain related to the treatment between the groups.

In addition, the study showed that SABR treatment was associated with an expanded population of T cells. “We looked at blood cells sampled before radiation therapy and 90 days after treatment and found significant, measurable changes in the T cells of patients on the SABR arm, but no change in the T cells of those in the observation arm,” Dr Tran told Renal & Urology News. “The magnitude of change in the immune system response was similar to what you see after a vaccination, suggesting that radiation may spark the immune system to more aggressively fight the cancer.”

SABR might be usefully paired with immunotherapies to treat recurrent oligometastatic prostate cancers, but Dr Tran cautioned that any potential benefits of such combination therapy will need to be tested in future clinical trials.

In ORIOLE, men with metastatic lesions in the bone were most likely to have their cancers recur in a new bone site. To target these new metastatic bone lesions, Dr Tran and his team have started a clinical trial called RAVENS2 that combines SABR with radium-223, an alpha particle emitting radioisotope that targets bone metastases.

Prostate cancer continues to be one of the most “resistant” cancers to novel systemic immunotherapy, but the ORIOLE study suggests that SABR could make prostate cancer more responsive to immunotherapy agents, said Timur Mitin, MD, PhD, Associate Professor of Radiation Medicine at Oregon Health and Sciences University in Portland.

Patients in the new study who did not receive SABR to all PSMA PET/CT visible lesions had a 38% risk of disease progression at 6 months, Dr Mitin pointed out. “Therefore, prior to initiation of SABR in men with oligometastatic prostate cancer it is highly desirable to obtain PSMA PET/CT, which is currently not FDA-approved in the United States as a standard of care outside of clinical trials, but some patients choose to travel out of country and/or pay out of pocket to undergo PSMA PET imaging.”

Zachary L. Smith, MD, Assistant Professor of Surgery at Washington University School of Medicine Barnes-Jewish Hospital in St. Louis, Missouri, said results of the new study are pertinent and timely given the changing landscape of PCa management. The study has limitations, however. “The results must be interpreted cautiously, since 82% of the progression events at 6 months in the observation group were simply PSA progression,” Dr Smith said.

“The finding that metastasis-directed SABR might stimulate an immune response is fascinating and reflect a remarkable translational effort, and the combination of immunotherapy agents with SABR should be studied in well-conducted prospective trials,” said Amar U. Kishan, MD, Chief of Genitourinary Oncology and Vice Chair of Clinical and Translational Research at UCLA, where he is an Assistant Professor in the Department of Radiation Oncology.

The new findings are encouraging and add to the published data from the STOMP trial2 and SABR-COMET trial3 suggesting a role for metastasis-directed therapy, he said. 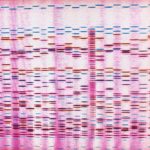 Risk of Castration-Resistant Prostate Cancer Linked to a Genotype