Robot-assisted radical prostatectomy (RARP) is an oncologically safe procedure that provides effective 5-year prostate cancer (PCa) control, even among patients with high-risk disease, according to the findings of Asia’s largest RARP series.

Ali Abdel Raheem, MD, of Yonsei University College of Medicine in Seoul, Korea, and colleagues retrospectively analyzed 800 Asian men (mean age 64.3 years) who underwent RARP from July 2005 to May 2010. Of these, 197 (24.65%) were classified as low-risk patients, 218 (27.3%) as intermediate-risk, and 385 (48.1%) as high-risk according to D’Amico risk stratification criteria. The primary endpoint was biochemical recurrence (BCR).

The actuarial BCR-free, metastasis-free, and cancer-specific survival rates at 5 years were 76.4%, 94.6%, and 96.7%, respectively, Dr Abdel Raheem’s group reported online in the International Journal of Urology. The 5-year BCR-free survival rate for men with high-risk disease was 54%.

Results showed that positive lymph nodes (LN) were associated with lower 5-year BCR-free, metastasis-free, and cancer-specific survival: 9.1%, 61.9%, and 75.7%, respectively. On multivariable analysis, positive LN status was the strongest predictor of BCR and metastasis-free and cancer-specific survival. Compared with patients who had negative LN, those with positive LN had a significant 5.4 times, 6.7 times, and 7.6 times increased risk of BCR, metastasis, and death from PCa.

In addition, PSM was associated with a significant 1.67 times and 3.1 times increased risk of BCR, respectively, compared with negative margins.

Men with high-risk disease had a 2.35 times increased risk of BCR compared with those who had low-risk disease. The risk of metastasis and PCa death did not differ significantly among the risk groups.

Men with a pathologic Gleason score of 8–10 had a 6.58 times increased risk of BCR compared with those who had a score of 6.

The investigators noted that Asian populations tend to show poor PCa pathologic features, but, despite this, “the present results show that RARP has satisfactory outcomes and confers effective 5-year cancer control among a large cohort of Asian men.”

Dr Abdel Raheem and colleagues noted that the 5-year actuarial BCR-free survival rate of 76.4% found in their study is inferior to rates found in previous similar studies of patients in Western populations, but is in agreement in a previous Korean study showing a 5-year BCR-free rate of 73% among patients undergoing open radical prostatectomy.

The researchers noted that their study had the highest proportion (75.4%) of patients with intermediate- and high-risk PCa among all long-term studies, and 21.5% of patients had pathologic Gleason score 8 or higher disease, compared with 5% to 10.5% in Western studies. 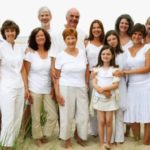