The finding is from a study of 1364 patients who received ADT for biochemical recurrence of PCa after primary or salvage radiation therapy. Of these, 585 (43%) were statin users and 779 (57%) were not. After a median follow-up of 6.9 years, statin use was associated with a statistically significant 36% decreased risk for death from any cause and 35% decreased risk for PCa-specific death, after adjusting for potential confounders, Robert J. Hamilton, MD, of Princess Margaret Cancer Centre in Toronto, Canada, and colleagues reported in European Urology.

Although statin users had a 13% lower risk for development of castration-resistant disease compared with nonusers, the difference was not statistically significant.

In addition, among patients who received intermittent ADT, statin use was associated with a trend toward longer time off treatment (median 0.85 vs 0.64 years), but the difference was not statistically significant, Dr Hamilton and colleagues reported.

The investigators noted that statins may be synergistic with ADT, and they appear to prevent progression through both cholesterol-dependent and cholesterol-independent mechanisms. Statins may work in tandem with ADT by combatting some mechanisms of castration-resistant disease. The medications do not alter serum testosterone levels but may reduce intratumoral androgen production by decreasing intracellular cholesterol levels, they noted.

“The main limitation of our study is the potential for confounding bias: statin users may be more connected with the health care system, or have better baseline health and thus intrinsically have better outcomes,” the authors wrote.

They also noted that they did not control for subsequent treatments after the development of castration-resistant disease. These treatments may have differed between statin users and nonusers and influenced survival, according to Dr Hamilton’s team. 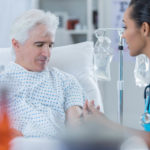