Adherence to active surveillance (AS) protocols may be suboptimal outside of the trial setting, new findings suggest.

In an analysis of 346 men with low- to intermediate-risk prostate cancer (PCa) who chose AS, only 15% received recommended monitoring in the first 24 months, Ronald C. Chen, MD, MPH, of University of North Carolina, reported at the American Society of Clinical Oncology annual meeting.

In the first 6 months of AS, 67% patients received a PSA test and 70% had a digital rectal exam, in line with National Comprehensive Cancer Network (NCCN) guidelines. But only 35% received a guideline-directed biopsy within the first 18 months. Neither income, race, marital status, education, location, nor age, explained the gaps.

“This raises the question of whether we need to investigate whether active surveillance is a safe option when patients do not receive routine monitoring,” Dr Chen stated in a news release from the university. “Our goal is not to reduce the number of patients choosing active surveillance; rather, the results of this study should increase awareness and efforts to ensure that active surveillance patients are monitored rigorously.”

During the first 2 years, 16% of AS patients opted for treatment. Patient PCa anxiety (assessed by the MAX-PC) rather than cancer-related factors appeared to drive the decision. On multivariate analysis, MAX-PC scores and younger age significantly associated with conversion to treatment. At 2 years, 94% of men expressed no regret in choosing AS on the Clark’s PCa decision regret tool.

“While there are continued efforts to increase AS uptake, these results highlight the importance of behavioral interventions during active surveillance to reduce anxiety and improve monitoring adherence,” the authors stated. 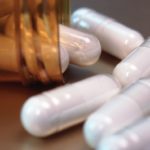