Radiotherapy (RT) after radical prostatectomy (RP) appears to be associated with worse sexual, urinary, and bowel function at 5 years compared with RP alone in men with localized prostate cancer (PCa), according to a new prospective study published in Urologic Oncology.

The timing of RT after RP remains controversial because its effects on sexual, urinary, and bowel function has not been thoroughly studied. The new data provide urologists with information they can discuss with patients.

In the Comparative Effectiveness Analysis of Surgery and Radiation (CEASAR) study, investigators found that delaying RT for approximately 24 months after RP was associated with a smaller decline in sexual function than RT administered closer to the time of RP. Assuming no compromise in oncologic control, the findings suggest that allowing for an approximate 2-year recovery period after RP may be optimal for preserving erectile function.

“Retrospective data on continence rates and sexual function after post-prostatectomy radiotherapy are conflicting,” first author Heather L. Huelster, MD, of Vanderbilt University Medical Center in Nashville, Tennessee stated. “This prospective study describes the potential harms of post-prostatectomy radiation on sexual, urinary, and bowel function, as well as the differential outcomes based on the timing of radiation.”

The CEASAR study includes 1482 men initially treated with RP for clinically localized PCa. In this population-based, observational study, 170 men received adjuvant RT within 5 years (11.5%), including 57 men who received adjuvant RT (34%) and 113 men who received salvage RT (66%). For these current analyses, Dr Huelster and colleagues used the 26-item Expanded Prostate Index Composite (EPIC) to examine patient-reported sexual, urinary, and bowel functional outcomes at baseline and at 6, 12, 36, and 60 months after enrollment.

The American Urological Association and European Association of Urology guidelines in this area are broad and clinical practice is varied. “This is intended to assist urologists in counseling men with localized prostate cancer with high-risk features, PSA persistence, or biochemical recurrence after prostatectomy, in conjunction with emerging data on the comparative oncologic effectiveness of adjuvant and salvage radiation,” Dr Huelster told Renal & Urology News.

The authors noted that urologists often counsel men that longer duration between RP and radiation improves the chance of recovery of continence and erectile function. Prospective data regarding the timeline for recovery and relative contribution of radiation toxicities in this area are lacking, however.

In this study, the median time from RP to adjuvant RT was 7.3 months. The median time from RP to salvage RT was 28.5 months. Men who underwent adjuvant RT had lower hormonal domain scores in the first 2 years after RP compared with men who underwent RP alone or RP plus salvage RT. Men who received post-RP RT had worse scores in all domains regardless of the timing of RT.

At 5 years of follow-up, the study showed that RP plus adjuvant RT was associated with significant decrements in EPIC score with regard to incontinence ( ̶ 11.9, P =.008), urinary irritation ( ̶ 5.9, P =.030), and hormonal function ( ̶ 7.3, P =.023) compared with RP alone. In the first year after RT, irritative voiding and hormonal function scores were adversely affected by adjuvant RT. The investigators found no statistically significant differences beyond 1 year between RP plus adjuvant RT and RP plus salvage RT with any functional domain.

The researchers acknowledged several limitations to their study, including its lack of randomization and the relatively small sample size of 170 men undergoing post-RP RT. “This adds to the debate regarding adjuvant versus early salvage radiotherapy by highlighting the incremental quality of life side effects associated with radiation after prostatectomy,” Dr Huelster said. “If it is oncologically safe to avoid radiation after prostatectomy, or to defer its use until maximum functional recovery from the prostatectomy, it seems worthwhile to do so.”

Brock O’Neil, MD, an assistant professor in the division of urology at the University of Utah School of Medicine and the Huntsman Cancer Institute in Salt Lake City, Utah, said the new study better quantifies several quality of life issues and confirms some important points. First, adding RT to surgery results in additional toxicity harms. Second, delaying RT for 2 years after RP may have benefits for preserving function, Dr O’Neil said. “It’s important to remember that patients who receive radiotherapy after surgery are more likely to be those men with aggressive prostate cancers,” Dr O’Neil said. “So even though adding radiotherapy may result in greater impacts on quality of life, this tradeoff may be acceptable if doing so results in better disease control.”

“The outcomes are not surprising, but instead confirmatory of what most prospective randomized trials in this space have already shown,” said Curtiland Deville, MD, associate professor of radiation oncology and molecular radiation sciences at Johns Hopkins University School of Medicine in Baltimore, Maryland. “The study will help inform patients who have to undergo or are considering undergoing radiation about the specific relative increased risks of treatment when also considering their post-op timeline.”

The most significant limitation of the study is that it does not provide enough data on any oncologic outcomes, even as secondary outcome measures, said Dr Deville, clinical director of radiation oncology at Sibley Memorial Hospital in Washington, DC.

He added that the promise of deferring adjuvant radiation for early salvage may soon be realized, but it is premature to say that there are adequate published data to fully support it. It’s important to acknowledge that these decisions don’t occur in a vacuum for patients and healthcare providers. If a patient is considering RT then he has to balance the risks of cancer progression with potential toxicities. Simply delaying RT to reduce toxicity without data to support the oncologic safety of this approach is potentially concerning and even misleading to patients without full disclosure and considerations of these risks, Dr Deville said. 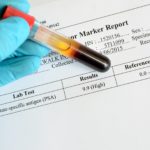