According to scores (ranging 0 to 100) on the 26-item Expanded Prostate Index Composite (EPIC) questionnaire, men with favorable-risk PCa undergoing nerve-sparing prostatectomy reported worse urinary incontinence at 5 years (adjusted mean difference, −10.9 points) and sexual function at 3 years (−15.2 points) compared with AS. Low-dose-rate brachytherapy was associated with worse urinary irritative symptoms (−7.0) and sexual (−10.1) and bowel (−5.0) function at 1 year, compared with AS. In contrast, EBRT was not associated with clinically different changes from AS.

For men with unfavorable-risk disease, EBRT with ADT was associated with lower hormonal function at 6 months (−5.3) and bowel function at 1 year (−4.1), but better sexual function at 5 years (12.5) and incontinence at each time point (23.2), than prostatectomy.

Minimal differences in functional outcomes across treatments were observed after 5 years.

“These estimates of the long-term bowel, bladder and sexual function after localized prostate cancer treatment may clarify expectations and enable men to make informed choices about care,” according to Dr Hoffman’s team.

The current study results differ in some key respects from findings in the ProtecT trial (N Engl J Med. 2016;375:1415-1424), probably due to differences in treatment details, the investigators noted. Most men in the current study underwent prostatectomy with robotic assistance and received higher-dose EBRT delivered with intensity-modulated radiation therapy with daily image guidance (ie, less radiation to the bowel), and risk-based use of ADT. The current study additionally examined LDR brachytherapy. It did not examine investigational treatments such as cryotherapy and high-dose-rate brachytherapy, which is a study limitation. 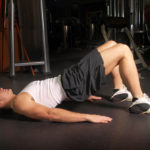