Black men are more likely to report decisional regret over localized prostate cancer (PCa) treatment than men of other races, according to new study findings.

“African American men suffer worse decisional regret than non-African American men, which may be partially explained by higher medical mistrust and concerns about masculinity as captured by the Prostate Cancer Beliefs Questionnaire,” the investigators concluded. “This novel survey may facilitate identifying targets to reduce racial disparities in prostate cancer.”

The PCBQ asked patients whether they agreed or disagreed with statements on medical mistrust, masculinity, and PCa risk factors. More Black than non-Black men believed “My doctor treats me differently because of my race/ethnicity,” although the vast majority of Black respondents (nearly 80%) disagreed with this sentiment. Significantly more Black men believed that “it’s easier to get PCa because of my ethnicity/racial background” (43.66% vs 5.22%), but half of Black men did not know. Significantly more Black men expressed that “Prostate cancer treatment made me feel like less of a man” (21.98% vs 16.15%) and felt that a PCa diagnosis is “like a death sentence” (14.69% vs 5.62%), compared with men of other races.

Most survey participants chose their PCa treatment because of a conversation with their doctor. According to Dr Foy’s team, the PCBQ may prove an insightful patient screening tool. Decisional regret is associated with lower quality of life after PCa treatment, they noted, and might trigger symptoms.

“Our hope is that our findings, that cancer beliefs, concerns about masculinity and medical mistrust are key drivers of decisional regret, particularly among African American men, can inform the medical community about how to best prevent poor outcomes in at risk populations,” Dr Foy’s team stated. They placed the onus on the healthcare system to identify structural racism above improving patient literacy. 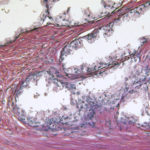