Type of surgical approach to radical prostatectomy—robot-assisted vs open procedure—is not associated with a patient’s intermediate-term decision regret, according to a recent study.

Johannes Huber, MD, PhD, of Technische Universität Dresden in Germany, and colleagues conducted a follow-up of the HAROW (Hormonal Therapy, Active Surveillance, Radiation, Operation, Watchful Waiting) study involving 936 (of 1218) men who underwent surgery for localized prostate cancer in Germany during 2008 to 2013. A total of 404 patients had robot-assisted radical prostatectomy (RARP) and 532 underwent open radical prostatectomy (ORP) at 114 hospitals, representing a quarter of all hospitals in the country.

Overall, distress or remorse over their decision was low at a median 6.3 years, with a mean score of 14 on a range of 0 (no regret) to 100 (high regret). The investigators found no significant difference in decision regret between the 2 surgical approaches (mean RARP 12 vs ORP 15).

A significantly higher proportion of patients undergoing robot-assisted vs open surgery actively participated in the decision to undergo surgery (39% vs 24%) and the choice of surgical approach (52% vs 18%), Dr Huber’s team reported the Journal of Urology. More RARP patients also used the internet often as a source of health care information (87% vs 72%), selected the treating hospital (especially a high-volume hospital) based on an information search (25% vs 11%), and traveled a long distance (63 vs 42 km).

“For future research it will be a worthwhile question whether an active role in treatment decision making is an individual trait or whether it can be influenced by decision aids or counseling.” 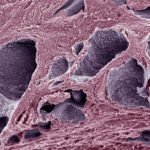 Patient-Reported Outcomes That May Affect Treatment Decisions in Prostate Cancer