Half of patients reported that loss of sexual function (including the ability to have an erection or reach orgasm) was a “big” (28%) or “moderate” (22%) problem for them; 82% were currently living with a partner. Chemotherapy, radiation therapy, and radical prostatectomy (RP) were each increasingly associated with severe loss of sexual function (scores 12 vs 17 vs 21, respectively, on the EPIC-26).

Respondents scored their sexual function much lower than patients in clinical studies, André Deschamps, MD, chair of Europa Uomo in Antwerp, Belgium, revealed in a virtual presentation. Active surveillance was associated with better sexual function and RP and RT with worse sexual function among survey respondents than trial patients.

Urinary incontinence was worst in patients managed with RP. Compared with surgery, radiation therapy doubled and chemotherapy tripled fatigue scores (score 11 vs 22 vs 33, respectively, on the EORTC-QLQ-C30). Overall, chemotherapy was associated with the worst health-relatedquality of life (QoL) scores.

Self-reported QoL scores are best when PCa is discovered in an early, curable stage, Dr Deschamps stated. Thus, efforts aimed at early detection and awareness are essential to avoid unnecessary deterioration in QoL.

Dr Deschamps added, “We hope that these results will be used to establish and disseminate realistic expectations of the effects of the different treatments for prostate cancer on QoL.”

“This is a valuable survey, the largest of its kind ever undertaken,” Arnulf Stenzl, MD, of Tübingen University in Germany commented in a news release. “It uses the same questionnaires used in standard clinical settings, but it is both qualitatively and quantitatively different to the kind of study usually undertaken, so it needs to be read alongside these previous studies. It has several strong points, not least that this is multi-national, and so will reflect the impact of treatment on a wide range of patients, with different health systems.”

The study did not assess responses according to tumor characteristics, comorbidities and/or age, which is a limitation.

Disclosure: This clinical trial was supported by Bayer, Ipsen, and Janssen. Please see the original reference for a full list of authors’ disclosures. 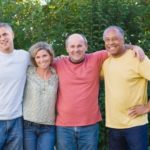