Prostate cancer (PCa) patients who smoke while undergoing external beam radiotherapy (EBRT) are at significantly increased risk of dying from their cancer compared with their never-smoking counterparts, according to a new study.

Michael J. Zelefsky, MD, and colleagues in the Department of Radiation Oncology at Memorial Sloan-Kettering Center in New York analyzed data from 2,156 PCa patients receiving EBRT and who had smoking histories recorded in their medical charts. The investigators classified patients as never smokers, current smokers, former smokers, and current smoking unknown. The median follow-up was 95 months.

“Given the increased risk of prostate cancer progression and radiation toxicity among smokers, a stronger emphasis on smoking cessation is clearly appropriate,” the authors wrote. “With a growing number of cancer survivors nationwide, there is a concomitant increase in attention to behavior medication among survivors.”

Previous studies have found an association between long-term smoking and systemic hypoxia, and hypoxia at the radiotherapy target site is known to decrease treatment efficacy. Although this association has been better studied in head and neck cancers, Dr. Zelefsky and his colleagues noted, the principle may be applicable to PCa as well and could explain the worse prognosis observed among smokers.

For the study, Dr. Zelefsky’s team defined current smokers as those who were smoking at the time of the initial consultation and the initiation of EBRT. They defined former smokers as men who had quit smoking before starting EBRT, even if this cessation occurred several weeks or years before treatment. 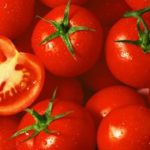