The results also suggest that adding abiraterone acetate, prednisone, and apalutamide to ADT prolongs PSA PFS. However, it isn’t clear if this 4-drug combination provides an additional benefit over the 2-drug combination, as the trial was not powered to compare these 2 interventions.

The PRESTO study (ClinicalTrials.gov Identifier: NCT03009981) enrolled 503 patients who had undergone radical prostatectomy and had biochemical recurrence with PSA levels greater than 0.5 ng/mL and a doubling time of 9 months or less. Patients had no metastases on conventional imaging, and their last dose of ADT was more than 9 months prior to study entry.

The patients were randomly assigned to receive 1 of the following treatments for 52 weeks or until disease progression:

Follow-up for this trial is ongoing, and the researchers aim to determine the impact of ADT plus androgen receptor pathway inhibition on patient-reported outcomes, time to castration resistance, and metastasis-free survival.

However, Dr Aggarwal noted that treatment decisions in biochemically recurrent prostate cancer are often predicated on PSA kinetics alone. Therefore, ADT plus apalutamide could be considered for high-risk patients with a short PSA doubling time.

Disclosures: This research was supported by Alliance Foundation Trials, LLC, and Janssen Research & Development, LLC. Some of the study authors declared affiliations with biotech, pharmaceutical, and/or device companies. Please see the original references for a full list of disclosures. 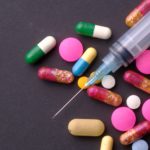