Prostate cancer (PCa) patients with health insurance are less likely to present with metastatic disease or die from the cancer than those without health insurance, according to a new study.

The findings suggest that expanding health coverage under the Affordable Care Act (ACA) may improve outcomes among PCa patients who are not yet eligible for Medicare, researchers reported online ahead of print in Prostate Cancer and Prostatic Diseases.

Investigators led by Paul L. Nguyen, MD, of the Department of Radiation Oncology at the Dana-Farber Cancer Institute and Brigham and Women’s Hospital in Boston, examined the association between health insurance status and PCa outcomes. Using the Surveillance, Epidemiology and End Results (SEER) database, they analyzed data from 85,203 men younger than 65 years diagnosed with PCa from 2007 to 2010.

In addition, among patients with high-risk disease, insured men were more than twice as likely to receive definitive treatment. All of the risk differences between insured and uninsured men were statistically significant.

The authors stated that their results “suggest that insurance coverage improves access to cancer care, likely leading to earlier diagnosis of disease at a non-metastatic stage and more appropriate receipt of potentially curable therapies, and in turn, better overall and cancer-specific survival.”

In their discussion of study limitations, the investigators noted that the SEER database does not provide information about insurance coverage periods or the details of patients’ insurance plans, so they analyzed insurance coverage as a binary variable. Consequently, they could not capture the influence of specific policies on PCa outcomes. 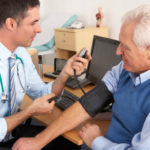