Obesity is more strongly associated with elevated prostate cancer (PCa) risk among African-American than non-Hispanic white men, according to a new study.

The finding is based on a prospective analysis of data from 22,673 non-Hispanic white (NHW) men and 3,398 African-American (AA) men who participated in the Selenium and Vitamin E Cancer Prevention Trial (SELECT). Study subjects had a median follow-up of 5.6 years, during which 1,723 were diagnosed with PCa.

The researchers noted that AA men have the highest incidence of PCa of any racial or ethnic group in the United States. “Findings from this study suggest that increased obesity could partially explain the substantially higher risk of prostate cancer among AA men,” they concluded.

Another possible explanation is that the PCa detection rate in SELECT may be higher among AA compared with NHW men. Additionally, mean PSA levels, adjusted for age and other covariates, are lower among NHW compared with AA men, which may increase the likelihood of diagnostic biopsies among AA men. Moreover, it is well established that obesity is inversely related to PSA concentration.

Strengths of the study include a large sample size, standardized assessment of height and weight, active follow-up for incident PCa, and consideration of bias due to differential detection, Dr. Barrington and her colleagues pointed out. The study also had limitations, such as the use of BMI, which is a nonspecific measure of obesity. It does not discriminate more metabolically active abdominal fat from other body fat, and it does not distinguish whether excess body weight relative to height is due to nonfat tissues, the researchers explained.

“This study reinforces the importance of obesity prevention and treatment among AA men, for whom the health benefits may be comparatively large,” the researchers concluded. “Although obesity is linked to poor health outcomes in all populations, clinicians might consider the unique contribution of obesity prevention and treatment to the health of their AA patients. Such targeted efforts may contribute to reductions in prostate cancer disparities.” 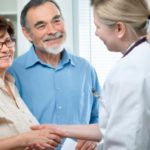