In addition, a significant improvement in 3-year overall survival (OS) was also observed for the patients receiving darolutamide (83%) vs those who were administered placebo  (73%; P =.0452), although this analysis remains immature.1,2

Another important finding of the ARAMIS study was that darolutamide was well tolerated; this determination confirmed prior evidence, which showed low rates of treatment discontinuation and adverse events across study participants.1,2

Also presented were results of other assessments from the ARAMIS trial for secondary and exploratory end points, such as time to prostate-specific antigen (PSA) progression, time to pain progression as measured by the Brief Pain Inventory (Short Form), and time to deterioration of quality of life (QoL) outcomes as assessed by the European Organization for Research and Treatment of Cancer QoL Prostate Cancer module (EORTC-QLQ-PR25), with QoL assessments performed at baseline and every 16 weeks until the end of treatment.1

“We previously established that darolutamide significantly improves metastasis-free survival. Darolutamide [also] has a very favorable safety profile with apparently no side effects associated with other androgen receptor antagonists. We are now showing that darolutamide delays worsening of pain and disease-related symptoms compared with placebo, with maintained Qol. This could make darolutamide an attractive option for men with nonmetastatic CRPC, concluded Dr Fizazi. 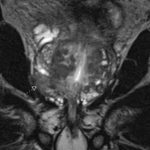