Androgen deprivation therapy (ADT) in men aged 40 to 64 years with nonmetastatic prostate cancer (PCa) is associated with an increased risk for dementia and depression, according to investigators.

In an observational study of 9117 men aged 40 to 64 years diagnosed with localized PCa, a team led by Quoc-Dien Trinh, MD, of Brigham and Women’s Hospital in Boston, found that patients who received ADT had a significantly higher incidence of new-onset dementia and depression compared with those who did not (17.9 vs 7.5 per 1000 person-years and 30.2 vs 15.8 per 1000 person-years, respectively).

The ADT group had a 1.7- and 2.0-fold increased risk for new-onset dementia and depression, respectively, compared with no-ADT, Dr Trinh and colleagues reported in European Urology Oncology. In addition, longer duration of ADT is associated with a higher risk for either outcome.

“Our results add to the evidence that the receipt of ADT is associated with depression and dementia, and emphasize the importance of neurocognitive assessment in patients undergoing ADT, especially in younger patients,” the authors wrote.

They added, “In patients with advanced disease, who are likely to remain on ADT for the rest of their lives, it is crucial to screen them for these adverse outcomes, especially in the era of promising novel agents.”

The investigators identified study patients using the TRICARE military database. TRICARE insurance covers all active and retired service members of the US armed services and their respective dependents. No patient had pre-existing diagnoses of dementia or depression. Of the 9117 men, 325 (3.6%) received ADT and 8792 (96.4%) did not. The median follow-up duration for the ADT and no-ADT groups was 9.3 and 10.0 years, respectively. 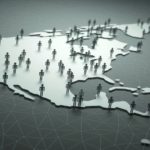