The estimated 5-year overall survival (OS) rates for the CAD and IAD groups were 85% and 81.8%, respectively, a non-significant difference.

In addition, quality of life (QoL) as measured using the European Organisation for Research and Treatment of Cancer (EORTC) QLQ-C30 was comparable for both groups. For the functional scales, the mean scores were all above 80, with no notable changes during the randomized phase, according to the investigators. The treatment arms also showed no significant differences in the proportion of patients suffering treatment-emergent adverse events (TEAEs) and treatment-related TEAEs. The groups also had similar rates of hot flushes, hypertension, constipation, back pain, and fatigue.

“The principal potential benefits of IAD compared with CAD included reduced drug acquisition costs with comparable OS rates,” the researchers concluded. “There were no apparent differences in QoL benefits between the treatment groups.”

The median number of IAD injections given during the randomized phase was 3 (range 1–10) compared with 12 (range 1–12) for the CAD group, with a mean duration of 327 days and 89 days between injections for the IAD and CAD groups, respectively. 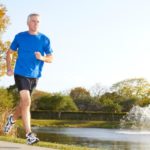